We came across many famous people with Asperger’s Syndrome while researching for our recent blogs on autism and neurodiversity. We found 150+ Asperger’s famous people…and even with a bit of overlap, there are lots of new faces too! These famous Aspies include comedians, actors, athletes, scientists, musicians, writers, leaders, and artists.

Disclaimers: This list of famous people with Asperger’s who have been diagnosed and those who have been reported or rumored to have Asperger’s. I do my best to list resources for any questionable ones and welcome feedback, additions, and edits! I am not an expert on Asperger’s Syndrome.

Does Greta Thunberg have Aspergers? Thunberg said at a TEDx Talk, “I was diagnosed with Asperger’s syndrome, OCD and selective mutism. That basically means I only speak when I think it’s necessary. Now is one of those moments.”(image source: Wikipedia)

Which famous people have Asperger’s Syndrome? If you had to list the very top celebrities with Aspergers, these would surely make the top 20 list:

But let’s break it down in more detail. There are so many reported famous people with Aspergers that I categorize them by their professional field (Actors, Athletes, Musicians, Entrepreneurs, Scientists, etc.).

Comedic troupe Asperger’s R Us is made up entirely of men with Asperger’s. (Image source: Max W. Lauf)

Other TV/Media Personalities with Asperger’s

The Current reported: Jessica-Jane Applegate also lives with the challenges associated with Asperger’s syndrome. She has become one of the most inspiring female athletes with a developmental disability since starting her career in 2011. (image source: Richard Gillin)

Among other celebrities who have Aspergers are athletes. These famous Aspies are an inspiration to fans of their sport.

President Obama presenting Bob Dylan with a Medal of Freedom. It is rumored, but not confirmed that Bob Dylan has Asperger’s Syndrome according to IMDb. (image source: Wikipedia Public Domain)

Susan Boyle, Britain’s Got Talent singer, was misdiagnosed as having a brain tumor at birth, WebMD reported. Boyle said: “I always knew it was an unfair label. Now I have a clearer understanding of what’s wrong and I feel relieved and a bit more relaxed about myself.” (image source: Wikipedia, Wasforgas)

Many musicians with Asperger’s use music as an outlet, especially rappers. Does Eminem have Aspergers? He raps about Asperger’s in his songs, but it has never been officially diagnosed. Does Chief Keef have Aspergers? Elite Daily says:

“Rumors have swirled that Keef has Asperger syndrome, which puts him somewhere on the Autism spectrum.” 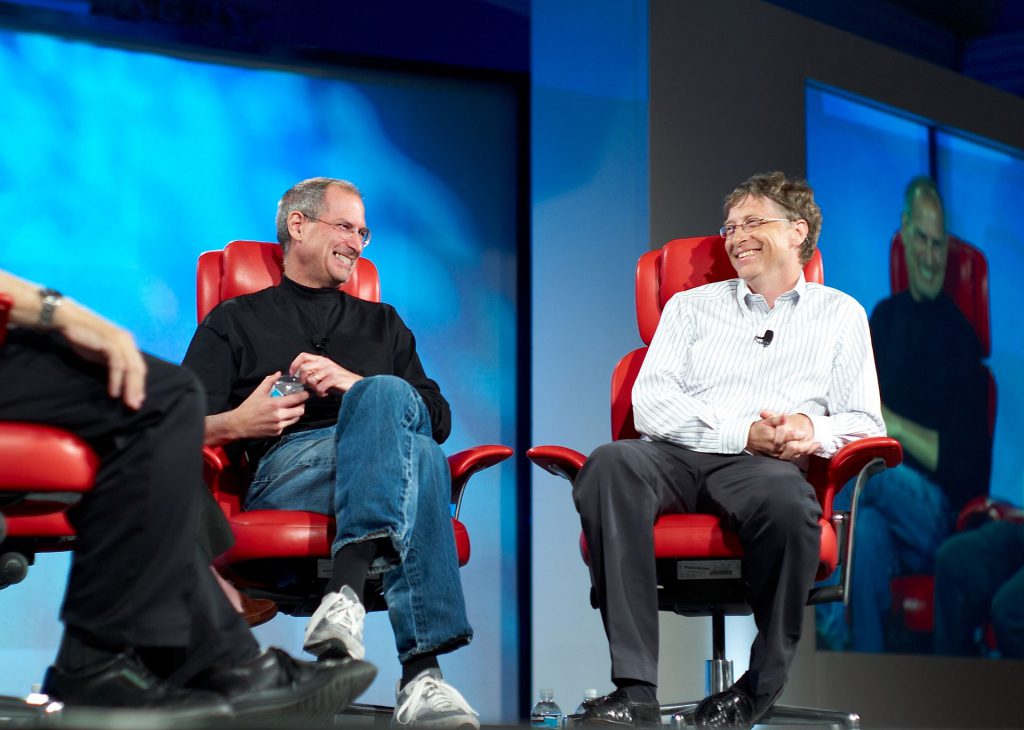 Does Bill Gates have Aspergers? The Guardian reported Bill Gates:

“…has been described as having autistic-type traits: lack of eye contact, poor social skills, a monotonous voice, a prodigious memory and a tendency to rock backwards and forwards during business meetings.”

How about the famous mind behind SpaceX? Does Elon Musk have Aspergers? This research on neurodiversity says its definitely possible. The article also discusses Steve Jobs’ Aspergers observations.

This information was part of court proceedings from psychiatrists who evaluated Assange before his trial. In September of 2011, Assange talked to the UK Independent about being autistic:

“Later, when I became well known, people would enjoy pointing out that I had Asperger’s or else that I was dangling somewhere on the autistic spectrum. I don’t want to spoil anyone’s fun, so let’s just say I am – all hackers are, and I would argue all men are a little bit autistic. But in my mid- to late teens I could barely focus on anything that didn’t seem to me like a major breakthrough.”

Does Trump Have Aspergers? Many suspect so, but it has never been confirmed. (image source: Wikipedia)

There is speculation around whether some of the world’s greatest scientists and inventors had Asperger’s. Did Einstein have Aspergers? Many reports say its possible, but we may never know.  How about other famous scientists? Most of the famous people on this list were never diagnosed with Aspergers, only rumored to be on the autism spectrum.

Temple Grandin was diagnosed with Asperger’s as a child. (image source: Steve Jurvetson)

These famous Aspies needed a category of their own. They may not be famous actors, but they are famous in their own right. Does M2K have Aspergers? Jason Zimmerman, a famous video gamer who goes by M2K does have Asperger’s Syndrome.

MOVIES ABOUT AUTISM OR ASPERGER’S

While researching celebrities with Asperger’s Syndrome, we realized quite a few famous movies have been made based on people with Asperger’s or Autism. Here are a handful to note:

Viewers of the Big Bang Theory have suspected the character Sheldon, to be on the autism spectrum, but does Jim Parsons have Aspergers? No, but he seems to think his character exhibits some characteristics of Asperger’s syndrome.

There are so many more movies, books, and tv shows based on people with Asperger’s. Here is a list of the top 10 movies according to Shrink Tank.

My list is by no means complete. Please let me know if you find other successful people with Asperger Syndrome and I will be glad to add them to this growing list! Just ping me at Heather@Ongig.com.

And a final thanks goes to…

Sources for my Research on Famous People with Asperger Syndrome

These pros helped me source the article — thank you!

Why I wrote this?

Ongig is on a mission to eliminate boring and biased job descriptions. As part of this, we try to share best practices on all aspects of diversity. For example, Ongig’s Text Analyzer helps you avoid words that are exclusionary to famous (or non-famous) people with Asperger’s or other forms of Neurodiversity. Please visit Ongig if you’d like to learn more.

June 25, 2020 by Heather Barbour Wyatt in Diversity and Inclusion